No better way of getting re-invested in Eve than by returning as the CSM elections begin, eh?!

While on hiatus from Eve, I stayed fairly plugged in to CSM stuff. Thus, I don't feel completely at a loss as far as candidate selection goes. However, this is the first time I've voted since the STV system was implemented. Holy shit, it takes some brain juice to put together a personally informed roster! Listening to podcast interviews with candidates, reading blog posts, studying endorsements, following candidates on Twitter, and skimming campaign threads (my eyes glaze over there, I admit) all helped a lot.

Major influences on my choices: informed low sec voices, CSM8 efforts, sandbox preservation, pvp-centric issues, and likelihood that a candidate will step up to the CSM workload and remain visible to and engaged with the community throughout the CSM9 term.

After mushing these imprecise variables around in my brain, I assembled a roster and then voted accordingly. I considered giving slots to mynnna (for good CSM8 work) and Matias Otero (for "Fun Per Hour") but they are likely to be elected anyway by their own alliances so it hardly matters. In case you couldn't tell by my choices, wormholes would be my second choice of residence after low sec so I'm interested to see wormholes have a strong voice on the CSM. 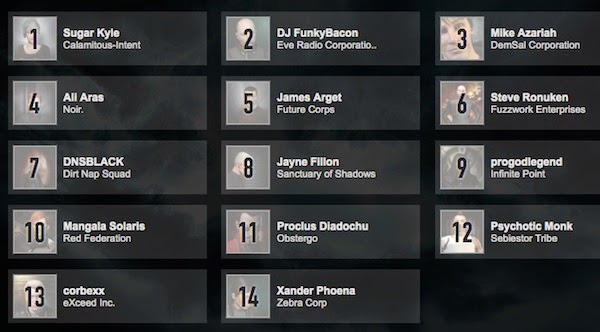 *Yup, resubbed today. Won't be able to log in until I have my new computer set up and software installed; probably this weekend.