In real life, I work full time as an artist who specializes in pet portraits. At the start of 2015, I decided to try my hand at painting Eve characters in a somewhat realistic fashion. I figured it would be good practice. Besides, by charging ISK for my work, I could help fund the startup of Signal Cartel and replace the occasional ship that I lost.

It turned out to be a popular service. I painted a total of 18 portraits during the year. All but one are shown below (the missing one is Cagali Cagali's which features partial nudity and is thus NSFW; you can see it here if you wish). To see the portraits full size, visit this Imgur album. 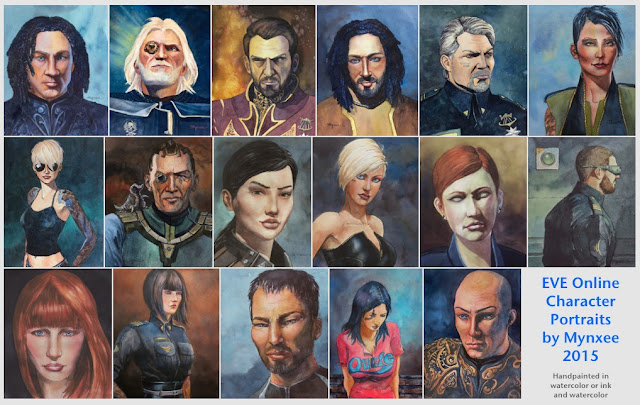 Although I have had several requests to do more portraits, this project is on hiatus until at least Spring 2016 due to my real-life workload. If I decide to open commissions back up again, I will announce it on Twitter and in a blog post here.